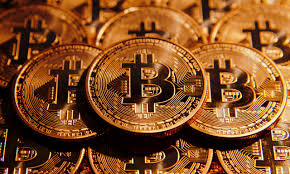 If you’re reading this, you probably already have at least some sort of an interest in Bitcoin, the world’s most prominent cryptocurrency. At CoinHako, a Bitcoin wallet based in Singapore and servicing South East Asia, we believe that knowledge and understanding are crucial to the success of Bitcoin. If you’re still a little shaky on the facts, there are a few things about Bitcoin that you should know:

Bitcoin is a digital currency;
Bitcoin is based on an entirely open-sourced, decentralised technology called the blockchain;
Bitcoin is anonymous yet transparent; and, 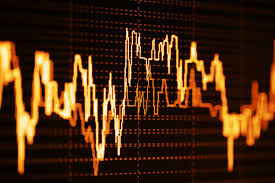 This volatility has been both a blessing and a curse to the development of Bitcoin as a truly international currency. Large fluctuations in price create the perfect environment for speculative traders to flourish or to crash-and-burn, which has in turn spurred on the adoption of Bitcoin as investors look to make a quick buck. On the opposite end of the spectrum, retail users in need of an easy and low-cost method of making international or cross-currency payments have generally ignored the inherent volatility of Bitcoin: as these users hold bitcoin for only a very small amount of time, their exposure to volatility risk is negligible.
Yet for Bitcoin to reach its true potential and achieve widespread popularity as a *currency, *and for it to shake off the stigma of being a mere internet *commodity, *many commentators have suggested it must mature, and so must shed its volatility. Intuitively, this makes sense – widespread adoption of Bitcoin as a currency will require people to use is *as a currency. *Taking payments in something as volatile as Bitcoin means whilst you may make a lot of money today, it could be worth a lot less tomorrow. Why bother when you can just take regular (“fiat”) money? No one is going to deliberately choose to be financially worse off. Unless they’re voting in a British referendum, of course…

So what’s behind the Bitcoin’s tendency to fluctuate? As a decentralised currency it is entirely exposed to market forces of supply and demand, yes. And with relatively low adoption rates, Bitcoin operates in a similar way to a small-cap stock, in that transactions from large holders of the currency can in and of themselves affect price movements. However, these alone aren’t sufficient to explain the extent of Bitcoin’s volatility.

Much more than other investment targets and stores of value, Bitcoin in subject to large fluctuations based on investor perception of its future value. This is a result of perceptions of the strengths and weaknesses of underlying fiat currencies in relation to those of Bitcoin. It is also the result of variations in the perceptions of cryptocurrencies in general, and the future for digital money such as Bitcoin – this in particular seems to ebb and flow quite viciously, as investors are bullish about the prospects of cryptocurrencies one day and fear the heavy hand of regulators the next.

These perceptions, the general mood that makes up investor sentiment and therefore causes market participants to buy and sell *en masse, *are heavily influenced by news when it comes to Bitcoin. This is perhaps due to the relatively new technology that underlies the currency. As an open-sourced code platform, the blockchain is a recent phenomenon – one that investors who aren’t tech-savvy or intimately familiar with the industry can easily understand. This results in a significant propensity for the media to inflate potential issues with Bitcoin (the biggest being security) that can hamper investor confidence and lead to sharp drops in Bitcoin’s value. Shortly after a fall in price, confidence has historically rallied as market participants see opportunities arising in an undervalued currency.

There are of course other issues affecting Bitcoin’s volatility, issues that don’t directly contribute to sentiment or perception of its value. Bitcoin’s appeal as a tool for foreign direct investment, in particular in countries with high inflation in the local currency, can drive its adoption. Similarly, taxation considerations can influence volatility – as recently as 2014 the IRS in America classified Bitcoin as a commodity for tax purposes, bringing about fresh concerns over increasing regulation worldwide.

If you have managed to get this far, well played – you certainly are a Bitcoin aficionado. Perhaps you are a Bitcoin investor who is looking to better understand your exposures to volatility as world markets slow down, and investment in fixed income assets such as Treasury bonds becomes less appealing. Perhaps you are simply looking to use Bitcoin as a transfer of value, and are wondering if the volatility will affect you (it won’t, as transactions are conducted over a short period of time). In any case, it is wise to understand that Bitcoin is an inherently volatile currency and the causes behind this – but it is by no means a reason to be deterred from its use.

Bitcoin is growing in prominence and in popularity worldwide, and continues to present a cutting-edge alternative to fiat currencies. The volatility of the cryptocurrency is a non-event when using it as a transfer of value, to minimise exchange and transaction costs across borders. On the other hand, volatility is a speculator’s dream. 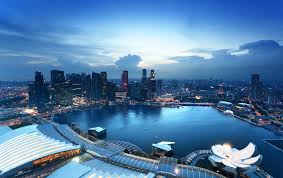 Perhaps most importantly in terms of Bitcoin’s growth is volatility in terms of retail users. To truly popularise Bitcoin, it must be stable enough to attract e-commerce and online retail platforms in the mainstream. Happily, the future looks bright for the digital currency. As more and more Bitcoin wallets – such as CoinHako – and exchanges emerge, and more and more people begin to use Bitcoin, the volatility will decrease. Indeed, volatility swings have toned down significantly over the past two years: whereas intra-day swings of 10% were common in the past, it is unusual now to see anything in excess of 3 or 4%. Swings are less affected by news, a result of  This is a self-perpetuating cycle, and many analysts believe that in the future trading Bitcoin will be no more risky than trading fiat currencies – and perhaps less so as it is decentralised.
Bitcoin is now a part of the financial landscape. It is a pioneer in many ways, but one that shows no signs of losing relevance or being left behind. It is not something to be feared or denigrated because it is new; rather, it is something to be embraced, to be explored and, bit by bit – coin by coin – to be adopted as a truly international symbol of our financial interconnectedness.

This article was contributed by our QLC intern – Alex Buis

LOCAL startup CoinHako has developed a bitcoin trading app that lets people here buy, sell and store bitcoin in an 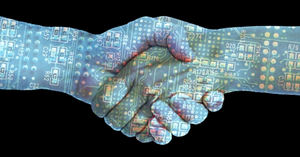 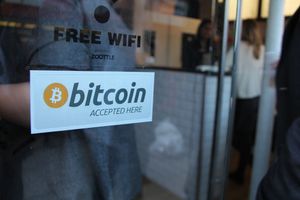