Within the realm of financial technologies, the rise of digital currencies has become the focus of great intellectual intrigue, as renewed inflows of private investment give fuel to growth in consumer uptake. However, the proliferation of cryptocurrencies has also captured the curiosity of the world’s power house financial institutions for one reason in particular; the blockchain technology.

Blockchain is the underlying technology that serves as the backbone to digital currency platforms, enabling fast, secure and seamless transactions through it’s digitalised ledger system. As developers, consumers and businesses continue to unlock the secret benefits of blockchain, banks can no longer afford to ignore a technology that is promising to disrupt the entire global finance industry.

But what is it about Blockchain that has the banking industry so nervous? 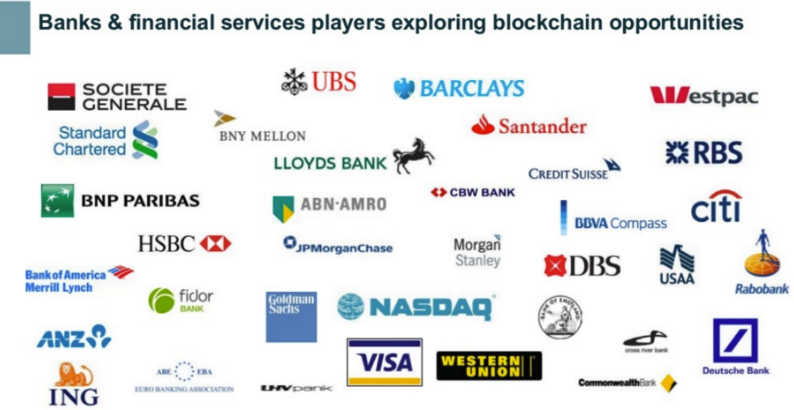 Simply stated, Blockchain threatens to decentralise the payment technology space that has traditionally been the preserve of the large commercial banks. To better understand how blockchain has the ability to upend conventional global payment services, we have summarised the broad changes that it will bring into three general categories:

Banking and financial security has become a hotly debated topic in the media recently. Consumers and regulators alike continue to question the ability of commercial banks to secure their customers money against growing threats of cyber security and identity theft. Banks have therefore started to explore blockchain as a potential remedy for rising cost pressures imposed by cyber related crime.

Comprehending the prospective security benefits blockchain can offer is incredibly complex, involving layers upon layers of coding and immense computational power. In Lehman’s terms however, the structure of a blockchain means that all financial transactions are entered into a digital ledger in a linear, chronological order. These records are then verified and stored remotely, preserving both the security and anonymity of the transacting parties.

Yet how does this really mean for our commercial banks?

The payment technologies currently used by the worlds banks require the interaction of numerous intermediaries, third parties and internal data storage systems. Ensuring the protection of their customers transaction information under this structure requires them to expend large amounts of money on the maintenance and upkeep of these processes. The ability of a blockchain system to offer low cost security and privacy will translate into large capital savings for the big banks.

Banking institutions the world over have for too long languished in a realm of non-cooperative and bank specific payment technologies. This means their payment processing methods are notoriously outdated, involving lengthy interactions with card issuers, financial intermediaries and regulators, making for an astoundingly long-winded payment process. Blockchain technology platforms threaten to dramatically undercut these processing times to a matter of seconds, offering enormous potential to streamline the settlement process, particularly for international transactions. Companies doing business in the global marketplace would be able to more confidently and accurately predict the cost and timing of their settlement obligations, creating further incentives to engage in a more globalised economy.

The broad potential of this financial innovation has been brought to the centre of attention by San Francisco based startup Ripple. Offering their blockchain for use in cross-border payments, Ripple recently demonstrated the potential of their technology by facilitating a demonstration payment between Canada’s ATB Financial and Germany’s ReiseBank; the entire process took only a matter of seconds.

Rather than allow the multitude of emerging tech startups to seize the evident benefits of blockchain technology, commercial banks, reserve banks and exchange houses across the world will certainly attempt to capture this promising segment of the market and offer next to instant settlement times for global transactions.

The prospect of reducing transaction costs has really grabbed the attention of the worlds banking monoliths. As the global economy becomes increasingly mobile and integrated, the need for cheap payments – particularly in foreign exchanges – has seen a growth in both the number of private companies attempting to offer the cheapest method of transacting. This increased competition is leading to a price war which the banks can no longer afford to risk not winning.

Blockchain technology means that non-institutional regulators, known in the Bitcoin world as ‘miners’, can verify any foreign or domestic transaction independently of a third party intermediary. The ability for firms to eliminate the time and costs associated in dealing with these intermediates will dramatically reduce the cost of doing business, which can be passed on to customers in the form of cheaper transaction prices.

This cost effective method has already been tested and proven in the constantly evolving market for digital currencies, which has captured the attention of users through offer to exchange assets at extremely low costs. 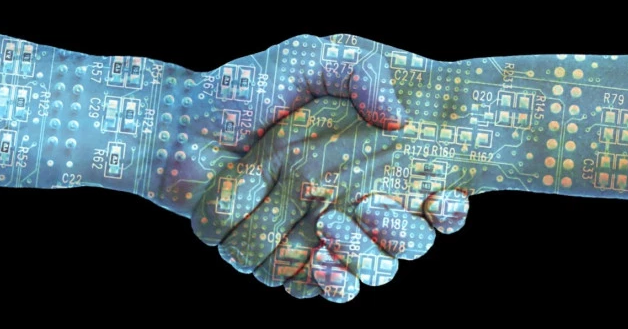 Undoubtedly, blockchain has proven itself to have massive upside potential. It promises to shape a future of banking where payments are not only fast and secure, but also at a cost that is reflective of todays globalised economic environment. Whilst it remains within its premature stage of development, the entire financial industry will be cautiously watching to see how it might revolutionise the banking landscape during its drive to maturity.

This article was contributed by our QLC intern – David Moss 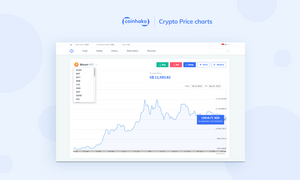 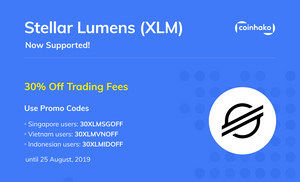