Amid recent news of Bitcoin price surging past $1000USD in 2017, there has been an equal rise in media coverage and public awareness about the much-heralded cryptocurrency. With this increase in awareness, there has also been a significant rise in concerns about the long term stability, reliability, legitimacy and legality as a “digital currency”.

The notorious price volatility of Bitcoin has not fazed many people, however, and not least of all, some of the smartest people working in software engineering, and the financial technology fields today. To the millennial generation – many of whom experienced the shortcomings of a banking system that caused the financial crisis of 2008 – bitcoin and other cryptocurrencies represent a major disruption to traditional forms of currency and financial systems, . This is in large part a result of the widespread increase in libertarian beliefs amongst millennials, who tend to have a distrust in banks.

Therefore, it comes as no surprise that many of our past, present, and future interns here at Coinhako are millennials who are absolutely passionate about bitcoin, fintech, and blockchain! We speak to these young promising minds about what bitcoin means to them, and what they believe the future holds for this nascent cryptocurrency. 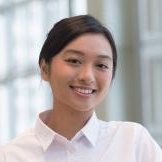 Leyi is a third year Economics student at Singapore Management University, who is passionate about bitcoin, blockchain, and fintech.

1. How/when did you discover bitcoin and cryptocurrency?

I first heard about Bitcoin around 2012, while I was learning about how Chinese citizens were circumventing the “Great Firewall of China“. I thought Bitcoin was really special, because it was not controlled by a country and had no underlying value backing its worth.

2. Why is bitcoin/crypto/blockchain exciting to you?

I think blockchains are exciting to me because they represent a new way information can be transmitted and verified to be true. I am still amazed that I can trust not just a single person, but an entire network to verify transactions on the bitcoin network.

As an economics student, I think cryptocurrencies can make economies more efficient by making transactions more transparent, which in turn allows for better economic data collection. The infrastructure can also enable the implementation of more innovative monetary and fiscal policies, such as more detailed taxation systems. I also think that it can become a new branch of the IT industry and can bring employment and innovation for societies.

**3. What do you think the future holds for cryptocurrency and blockchain technology? **

At this stage, blockchain is at its infancy in terms of applications, but in the next 5-10 years I believe we will see more applications built on blockchain. I think it has the potential to change how information is processed, protected and validated for all kinds of organizations.

We can see many projects, especially for financial applications, built on the blockchain, such as Hyperledger, Corda, Zcash etc. come into fruition. Finance is not the only area where blockchain can be applied, there are projects trying to implement it in voting, healthcare, music, Internet of Things (IoT) etc. so it’s exciting how things will develop in the next few years. Of course, we can duplicate a lot of things that we already have on the internet on blockchain, but there are many other potential uses that we might not even have thought of today.

owever, at this stage people are still stumbling and making mistakes, and trying to figure out the best way to run such a system. The law is also trying to catch up. While we’re trying to solve some fundamental problems faced by the protocol as it gets larger, there aren’t a lot of applications at the moment – and neither are there a lot of business model innovations in blockchain right now. Furthermore, most blockchains and cryptocurrencies aren’t very accessible for the layperson. I think these are some of the issues that the blockchain community needs to solve going forward.

In the next few years, we might get new ideas about how to use the blockchain, and there might be more adoption. I’m optimistic about the potential blockchain holds, and in the meantime, I’m trying hard to learn as much as I can!