CoinHako is an early stage Bitcoin startup based in Singapore.

You may have your own ideas and stereotypes about what we are. It may be ping pong tables,  jugs of soylent, open office… not all of these are true for us.

But one thing that is especially true for CoinHako: every person counts.

Interns are no exception. Each intern in CoinHako comes with his/her own brand of talent, knowledge and ultimately, value to the company. What’s so special about CoinHako’s interns this time? 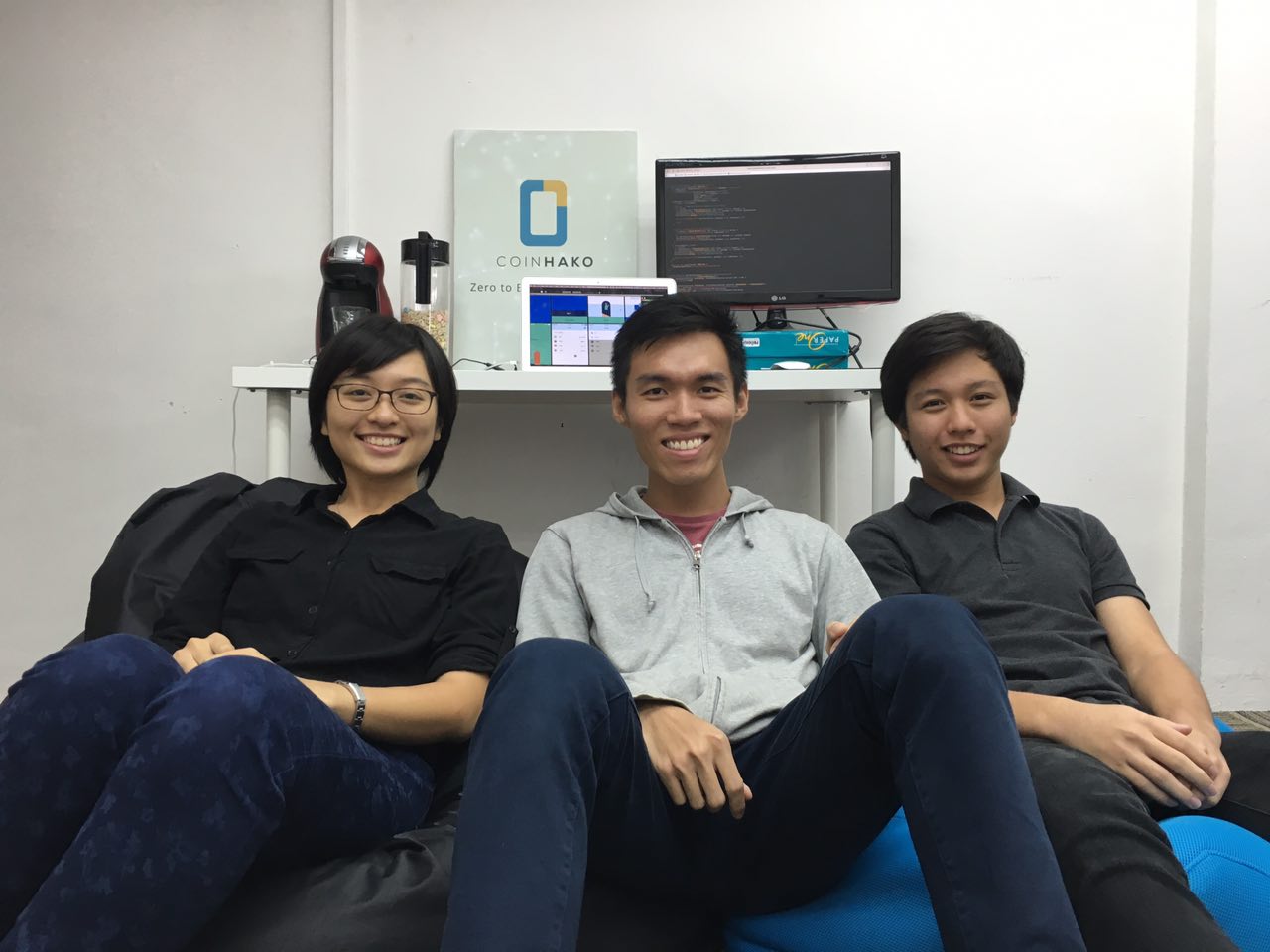 From left: Leyi, Gerald and Matteo

I’m a 2nd going on 3rd year Economics student at SMU. I started this job since summer break started in April and it has really opened my eyes to the world of virtual currencies. I help CoinHako with their operations, marketing and research, to reach to a new market and engage existing customers.

Bitcoin was just a passing academic interest to me. However, being in a startup that deals with Bitcoin also gave me the chance to learn about other altcoins, smart contracts and the debate about policy going forward. I gained a wholesome understanding about the state and developments in the cryptocurrencies space, which is a really exciting place to be part of.

I am Gerald, a 2nd year computer science major at NUS. In May, I joined CoinHako as a iOS developer. As they were bringing CoinHako onto mobile phones, they gave me the opportunity to build an iOS app for them. I had a lot of freedom to design the app’s architecture while justifying my design decisions. As every decision becomes a code fragment, I learned to keep my source code maintainable. I was also introduced to many iOS frameworks and libraries such as LocalAuthentication and Alamofire.

It was definitely a fun and meaningful project to work on, knowing that the app will be used by thousands of users daily.

Hey guys! I’m Mateo Encarnacion and I’m interning this summer as an iOS developer. Along with Gerald, I’m helping to build the new iPhone wallet app.

Still relatively new to coding, I started iOS programing just over a year and a half ago. I would always watch one of my friends code, but had never tried myself. However once I started, I got so engrossed that I found myself in a state of flow. I was so engrained into coding that hours would pass by and self-awareness would disappear.

Although as I dive deeper into the bigger culture of computer science, my passions continue to expand way beyond just coding. It was a few months ago that I realized I wanted to be part of a startup. I know most startups will fail, and that risk is inevitable. However for me, there is just so much thrill and excitement in following an idea you truly love that it all becomes worth it. I’m not sure if you’ll get this, but as a person who loves philosophy, being part of a startup highlights for me the magic of existentialism.

What general skills should Interns have?

Inspired? Excited? You can be our next intern! If you are interested in working for CoinHako, contact us with your 1-page resume or Linkedin profile, and tell us why you want to be part of our team!

We are also hiring full-time staff! If you are a software engineer or operations specialist with an intense interest in Bitcoin and cryptocurrencies, send us your resume at hello@coinhako.com or apply at AngelList.