“Bitcoin is the greatest technological breakthrough since the Internet, but liquidity and pricing are still a problem in Singapore and South-east Asia. CoinHako is cleverly filling those gaps,” said Mr Draper in a media statement.

He has encouraged CoinHako founders Yusho Liu and Gerry Eng to move faster. They want to position CoinHako — less than a year old — as the easiest way to buy, sell and secure bitcoins in Singapore. No firm has done this yet, said Mr Liu. 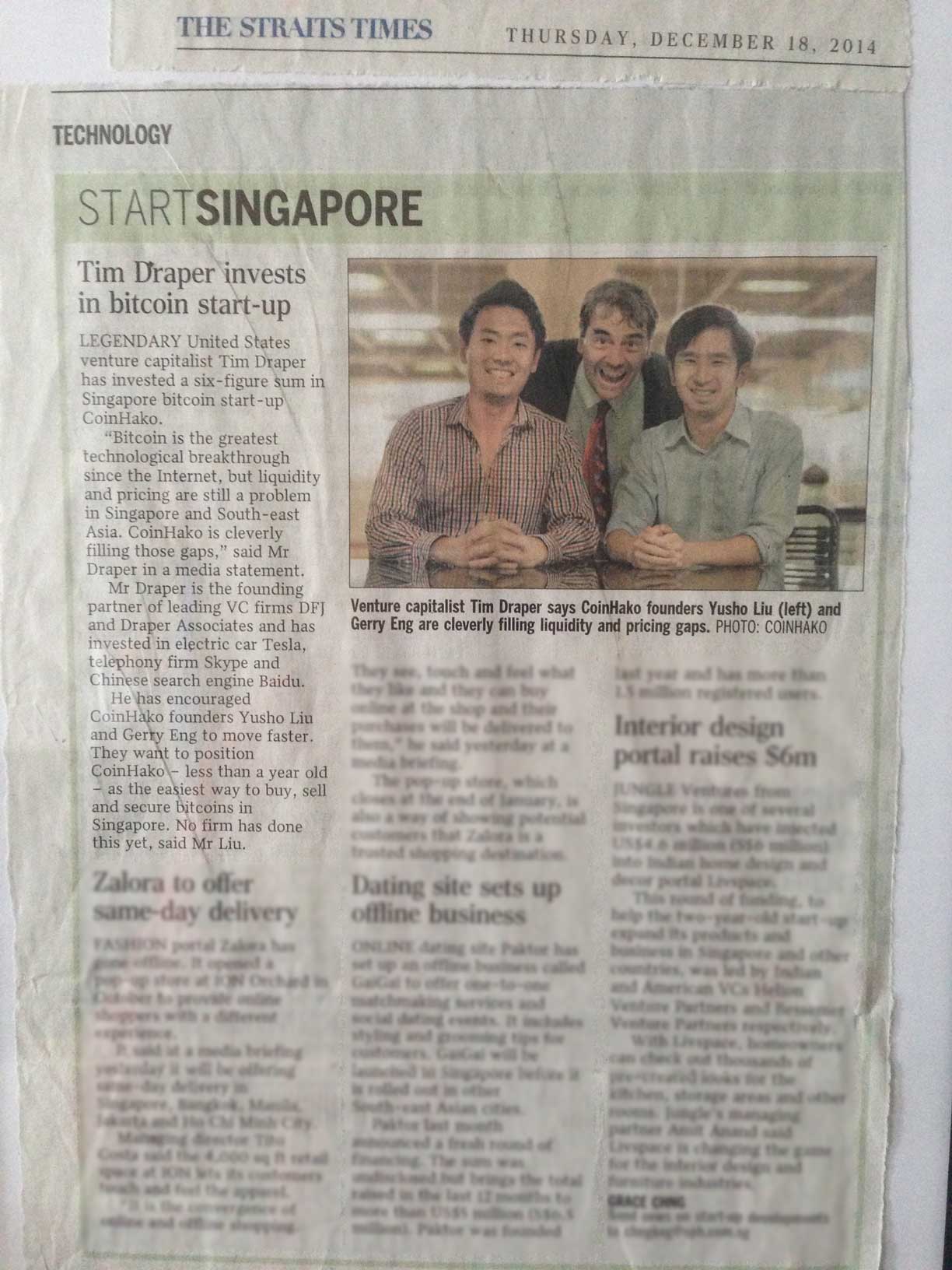