LOCAL startup CoinHako has developed a bitcoin trading app that lets people here buy, sell and store bitcoin in an e-wallet on their mobile phones.

Users of the app can start bitcoin trading with purchases starting from $50 to a maximum of $999. CoinHako takes a 1.9% percent commission on every trade.

CoinHako co-founder Yusho Liu said the challenge for bitcoin traders in Singapore is that they have to find a bitcoin exchange before they can start trading. “For non-technical users, this is difficult because the process is complicated. The CoinHako app is easy to use. Once they’re registered, they can start bitcoin trading immediately.

“We store the bitcoins for them in our secure online vaults so they do not need to worry about storage.”

CoinHako, which started earlier this year, has just finished a three-month startup bootcamp in the United States with a bitcoin accelerator called Boost VC.

CoinHako’s business ideas and the app itself were fine-tuned at the camp.

The firm is now pitching to investors for funding.

The bitcoin trading app is available only in Singapore but Mr Liu said it will expand to the region soon.

Boost VC is a seed-stage accelerator focused on Future Technology Virtual Reality Blockchain. Twice a year they invest in 20+ companies to live & work with them for 3 months and join our Boost VC family in Silicon Valley. CoinHako is the first bitcoin startup in Asia to be accepted into their accelerator in summer 2014. The team graduated out of tribe #4 together with other Bitcoin teams such as, ZapChain, HashRabbit, Hedgy and BlockCypher.

This article was first featured on Singapore local newspaper – The Straits Times.

Dated: September 14 2015. The article below is a scanned copy of the original newspaper cutting with the focus on CoinHako. 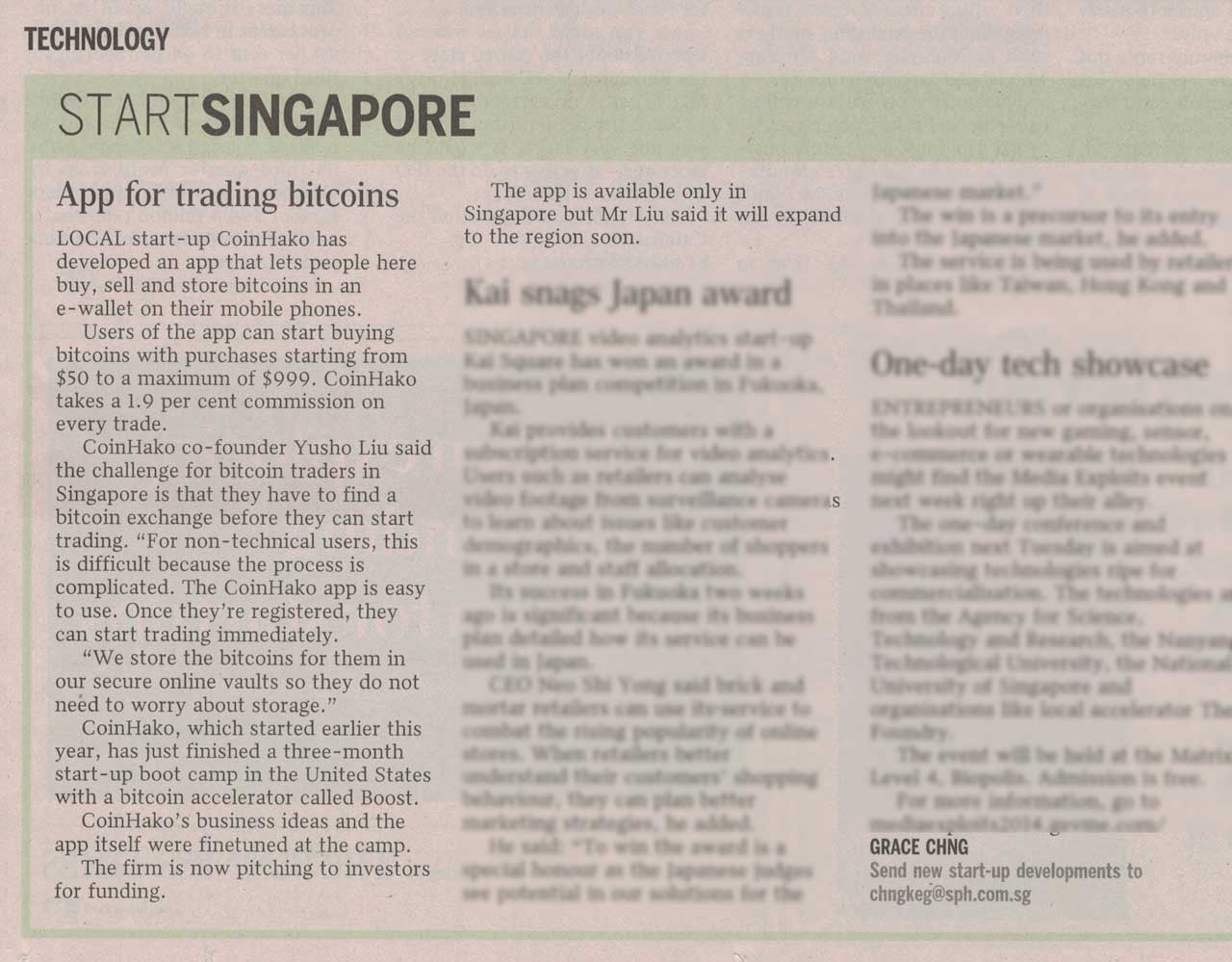