Singapore Bitcoin startup, Coin Supermart, has switched its business model before it has even completed a three-month stint at Silicon Valley incubator Boost VC, which specialises in refining ideas aimed at the bitcoin industry.

Co-founder Yusho Liu said its new direction is a simpler model that should give the firm a greater chance of success.

Coin Supermart, which still has more than a month to go at the incubator, was initially set up as a bitcoin exchange where buyers buy the virtual currency in exchange for another currency. A bitcoin wallet, the firm’s new model, allows consumers to receive or make payments.

“In an exchange, buying bitcoins can be complicated; you’ve to learn how to place orders. As a bitcoin wallet, we’re creating a platform for people to make and receive payments, which is more straightforward,” noted Mr Liu.

Its new direction has already resonated with Singapore venture capital firm QuestVC. It invested $50,000 in the company last week.

The Singapore Bitcoin startup e is looking to raise another $150,000 to further develop the product to become the biggest bitcoin wallet in Asia.

“We’ve already invested about $20,000 of our own savings. What we raised will be used to hire two to four software engineers,” he added.

CoinHako is the first bitcoin startup in Asia to be accepted into their accelerator in summer 2014. The team graduated out of tribe #4 together with other Bitcoin teams such as, ZapChain, HashRabbit, Hedgy and BlockCypher.

Boost VC is a seed-stage accelerator focused on Future Technology Virtual Reality Blockchain. Twice a year they invest in 20+ companies to live & work with them for 3 months and join our Boost VC family in Silicon Valley.

This article was originally published on The Straits Times. 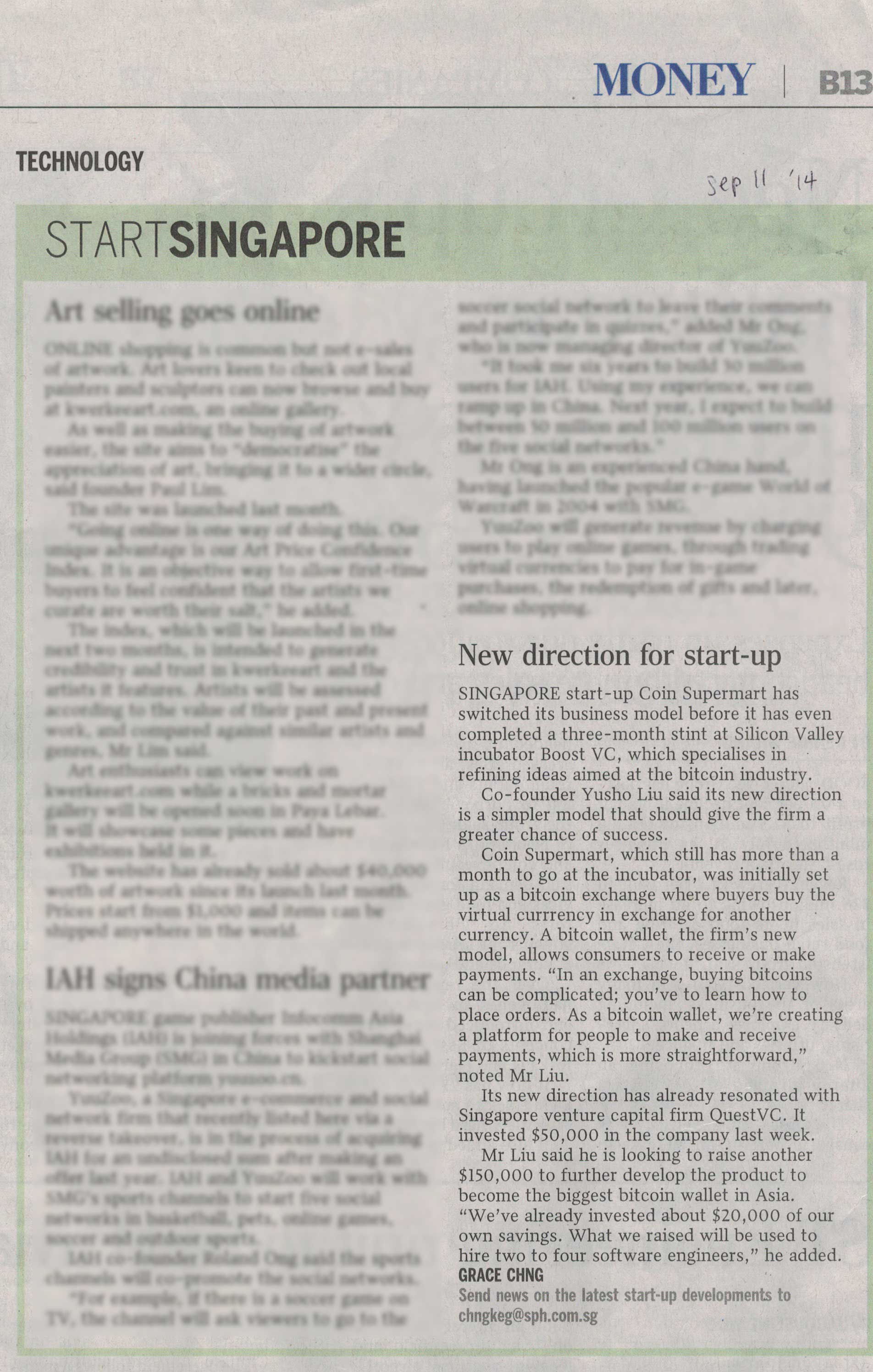